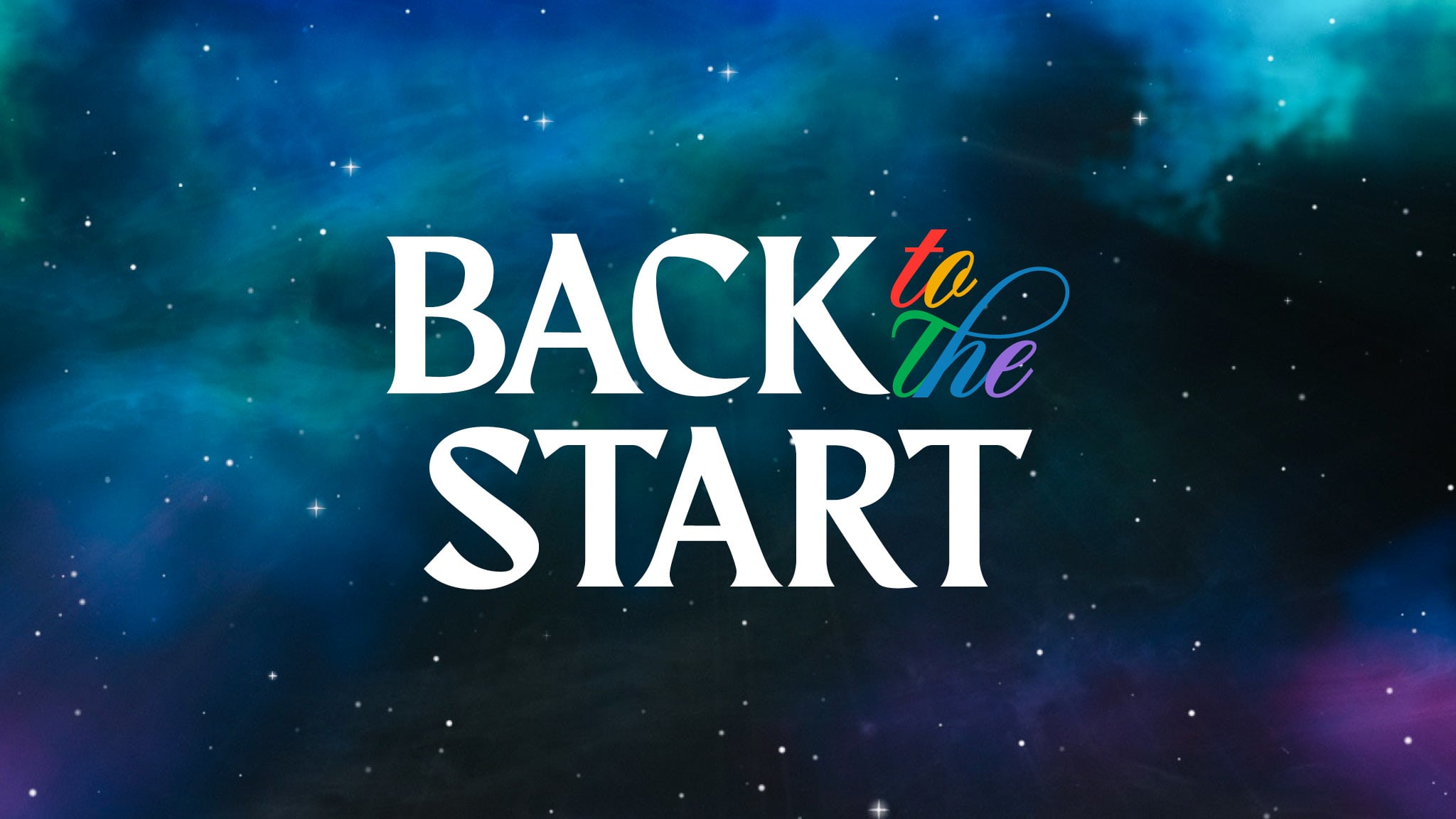 What Can I Learn from Adam and Eve’s Sin? – Genesis 3

The Bible, although made up of many books, is one story. Genesis is the first book that begins this story. It is foundational. If we don’t understand Genesis, we will not understand the rest of the Bible. The first story we read in Genesis is creation. In Genesis 1 and 2, everything was perfect. In Genesis 4 we find jealousy, anger, and murder. What happened in between? The fall. Genesis 3 tells us how sin and evil entered the world. God created Adam and Eve and then they made some bad choices. This is not a fairytale or myth. It is the actual, literal, account of human history and explains every struggle we have today. In this chapter we see the first appearance of Satan, the first sin, and the first promise of a Savior.

Satan
Genesis 3:1 says, “Now the serpent was more cunning than any beast of the field which the Lord God had made. And he said to the woman, ‘Has God indeed said, ‘You shall not eat of every tree of the garden’?’” The devil cast doubt on and twisted God’s word. He put a question mark where God put a period. In verse 2, Eve responds. She had a conversation she never should have had and because of that was deceived. The Bible says give no place to the devil (Eph. 4:27). We make wrong choices when we listen to wrong voices. In verse 4, the serpent tells Eve that what God said wasn’t true. “You will not surely die….” The devil is a liar! He got Eve to doubt God and then deny what He said. She ate the fruit she wasn’t supposed to eat and then gave to Adam to do the same. Sin is progressive. The devil turned a look into lust and a desire into a decision. We are tempted the same way and we have the same choices today. We can believe God and obey Him, or we can choose our own pride and our own way.

Sin
“Then the eyes of both of them were opened, and they knew that they were naked; and they sewed fig leaves together and made themselves coverings” (Gen. 3:7). Knowing good they could not do it and knowing evil they could not resist doing it. For the first time, Adam and Eve felt guilty. Sin never gives you what it promises! Every choice has consequences. Verses 14-19 tell of the pain their sin caused. Our sin is not only against God but against others. Sin damages our relationship with God and with each other. Snakes, weeds, thorns, the pain of childbirth, and death, all remind us of the consequences of sin. The good news is that despite their sin, God came seeking for them (v. 8-9)! God is seeking you today!

Salvation
God is the only one who can save us from the consequences of sin. Genesis 3:15 says, “And I will put enmity between you and the woman, and between your seed and her Seed; He shall bruise your head, and you shall bruise His heel.” The Seed of the woman foreshadows the virgin birth. Sin entered the world through a woman and salvation would come through the woman. This would be more than an ongoing battle between humanity and snakes. It is a battle between the people of God and the people of the serpent. Jesus’ heel was literally nailed to the cross, but Jesus delivered a mortal blow to Satan at the cross and through the resurrection. Despite our ongoing struggle with Satan, we can be confident that “the God of peace will soon crush Satan under your feet” thanks to the resurrection (Rom. 16:20). Genesis 3:20-21 says, “And Adam called his wife’s name Eve, because she was the mother of all living. Also for Adam and his wife the Lord God made tunics of skin, and clothed them.” Adam made a statement of faith. In order for God to make them a garment of skin, an animal had to die. Blood had to be shed. “Without the shedding of blood, there is no forgiveness of sin” (Heb. 9:22). Chapter 3 ends with a new name, new clothes, and a new home. What Adam lost Jesus came to restore!

Romans 3:23 says that we’ve all sinned and fallen short of the glory of God. Romans 6:23 says the price of our sin is death. The good news is that Romans 5:8 says that while we were sinners Christ died for us. He took our punishment on the cross! All we have to do is confess that Jesus is Lord and believe in our heart that God raised him from the dead (Rom. 10:9). If we do that, the Bible promises that we too will be saved!

In the sermon on Sunday, I shared some very neat symbolism of the tree in Scripture. It is below for you:

Adam and Eve sinned by eating the fruit of the tree. They rejected the Tree of Life for the Tree of Knowledge. The Biblical narrative set up in Genesis and ending with Revelation is all about the return to the Tree of Life!
In Genesis 21:33 Abraham planted a tree and called on the name of the Lord. How can we call on God? Come boldly through the cross.

Moses met God at a burning bush/tree! Moses performed miracles with his staff – it became a snake, he used it to part the waters, and with it he struck the rock. That rock is Jesus. That staff/tree represents the cross. Like the cross struck Jesus, so the staff struck the rock and living water flowed out. Jesus may appear hard like a rock, hard to understand, with hard commands to keep, but it is not about rules it is about life giving relationship. In Exodus, the Israelites came to bitter waters. Moses threw in the tree! Healing takes place at the cross. The cross makes the bitter experiences of life sweet. Then, the Israelites came to 12 springs and 70 palm trees. Jesus sent out the 12 and 70. We sit under the shade, under the teaching of the 12 and 70.

Aaron stood between the living and the dead. Aaron became a mediator and the plague was gone. Twelve staffs, one for each tribe, were placed in the Tabernacle. All of them were a dead stick of wood. Aaron’s bloomed, blossomed, and bore fruit! Almonds. Jesus is the mediator between heaven and earth. His dead body was placed in the grave but He arose from death to life! Isaiah 11:1 says, “There shall come a Rod from Jesse and a branch will bear fruit.” John 3:14 says, “And as Moses lifted up the serpent in the wilderness, even so must the Son of Man be lifted up.” When the Israelites were bitten by snakes, God told Moses to make a bronze snake on a pole (seen on ambulances today). All who looked in faith and believed were healed. Jesus became a curse for us.

In Psalm 23 the shepherd has a staff. Jesus is our shepherd. The staff is the cross. He is the one who will guide us through life and the valley of the shadow of death. In Mark 8:24 Jesus healed a blind man and he saw people walking around like trees! Jesus did not halfway heal him. Spiritually speaking, people are either in the Tree of Life or the Tree of Knowledge.

Jesus calls us to let our light shine, like a burning bush/tree for the whole world to see. We are to give living water to those who are thirsty. Jesus said I am the Vine you are the branches. Israel is a fig tree. Gentiles are grafted in an olive tree. On Palm Sunday, they paved the way for Jesus with palm leaves. We should be paving the way for people to come to Jesus!

The Bible is one story, and it is all about Jesus! John Stott said, “The essence of sin is man substituting himself for God. Salvation is God substituting Himself for man.” Stop trying to be God. Stop trusting in your own knowledge. Look to the cross. The way of the cross leads home! Jesus is the Tree of Life. The gift of God can be yours.

Next Post
Are You In A Group?
Previous Post
What Can I Learn from the Biblical Story of Creation? – Genesis 1-2